My mom was a biologist, so I always wanted to follow in her footsteps. She found the program online when I was in middle school 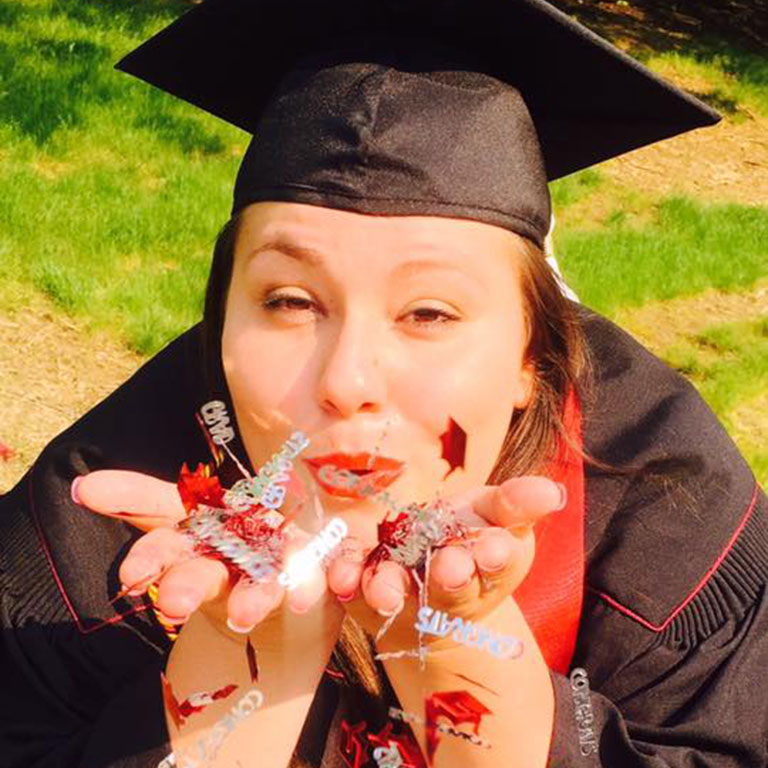 and I did the Jim Holland Program (now known as the Summer Enrichment Program) when I was going into eighth grade, then Lilly Scholars Program (now the Summer Science Research Program) going into ninth grade at Warren Central in Indianapolis. I went to IU Bloomington, and now I’m at IUPUI in the paramedic science program.

The programs gave us a little bit of everything—we had a little bit of molecular biology, a little bit of ecology. It was pretty cool and introduced me to a lot more. I partnered with an IU researcher, Dr. Laura Hurley. When I went to college, I worked in a lab that was right next to her and we’re still friends to this day.

When I went to college, I was hoping to be a biologist and go into research. But my sophomore year, I went into the emergency medical services and I’m a paramedic now. I brought the idea to my medical director of doing research, because I can’t get away from it. I think it’s really interesting that when I was in the program and other research internships that followed, I knew that I liked doing bench work and being behind the scenes, but I also wanted to be in front, and be the face that people could see and interact with. Going through the Jim Holland program at such a young age, I wouldn’t have gotten into research at that time and it exposed me to sciences and I think having them expose me to science so young, it gave me a path to follow. Did I follow it to a T? No, I’m no doctor. But I think it helped me focus better, learn what I really liked, and then go on another path. I’m still in the medical realm, and I like that a lot.

Learning all the different science tools that other middle-schoolers couldn’t do really helped in high school, when I went through the biomed program. A lot of the things we talked about in that course, I knew from Jim Holland. I thought that was really neat because I was like, ‘Oh, I know this. I’m not scared or intimidated.’ I was really confident afterwards because they instilled that in me.