I’m from Portage, Indiana, and learned about the programs when I was in eighth grade. I participated in the Jim Holland program and 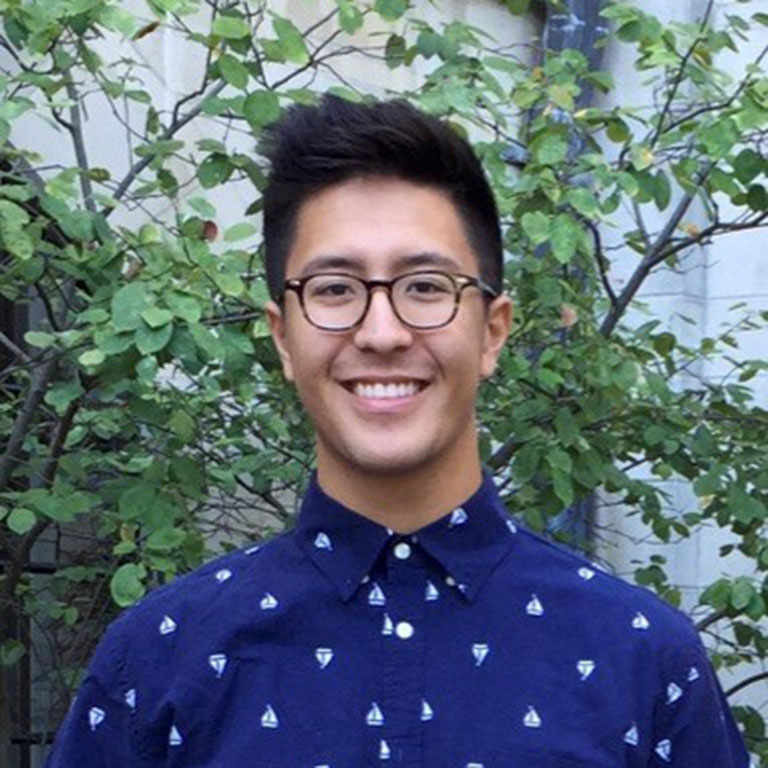 the Eli Lilly Scholars program. Ms. Tellas recruited us all here, and she was the big motherly figure for the minority students who got here. She definitely played a big role in getting us all here and getting us enthused about science. The kids who were there, we weren’t as prepared or didn’t know as much of the sciences as somebody in a rich Chicago suburb would. For kids from inner-city Indy or rural places in Indiana, who didn’t have experience in those high-tech science labs, it was kind of cool to come down to Bloomington and work in a huge research facility. I remember there were a lot of talented kids, but we weren’t really exposed to hard lab science. It introduced me to a real lab setting with petri dishes and all that good stuff. The Jim Holland program showed us basic science techniques and we got to tour Cook Medical in Bloomington.

The Eli Lilly Scholars program was definitely more involved. I got to work in a biochemistry lab here and they put us on a project, me and another student—this was like six years ago, but I still remember—and we took pictures of different aspects of an enzyme. We’re high school kids, so we didn’t really know what we were doing. But the program was structured in a way that, even though we were only there for two weeks, we got something out of it. We took all these pictures and it made a 3-D model of an enzyme. I thought, ‘If I can do this in a week or two, I think I can do a lot cooler stuff within biology.’ It was my first poster presentation in front of professors, so it was a good time. From early on, I always liked science. I did have other interests, but this program definitely opened my eyes to say that even though I’m a kid, I can contribute to the field.

It kind of catapulted me into science and into biology. It gave me an awesome taste of IU, which was instrumental in me picking colleges. It definitely helped me get the Wells Scholarship here at IU. For me, there was a really direct connection from the programs to IU. The Eli Lilly program that I did was with the biochemistry lab, so when I was applying to colleges, I had a glimpse of what IU had to offer. I also was accepted to the STARS/IFLE program at IU, which gives you a mentor so you can work in the research labs, and I picked the same professor I worked with in the program as my mentor since I already had experience with him.