From the beginning of her college experience, Alyssa Claymiller knew that she wanted to study abroad. A senior and 21st Century Scholar studying exercise science from Kendallville, Ind., Claymiller looked forward to a study abroad experience as a way to explore countries and cultures beyond her own. However, numerous financial barriers stood in her way, beginning with the $145 needed to pay for a U.S. passport. Such fees threatened to keep Claymiller’s study abroad dreams out of reach. 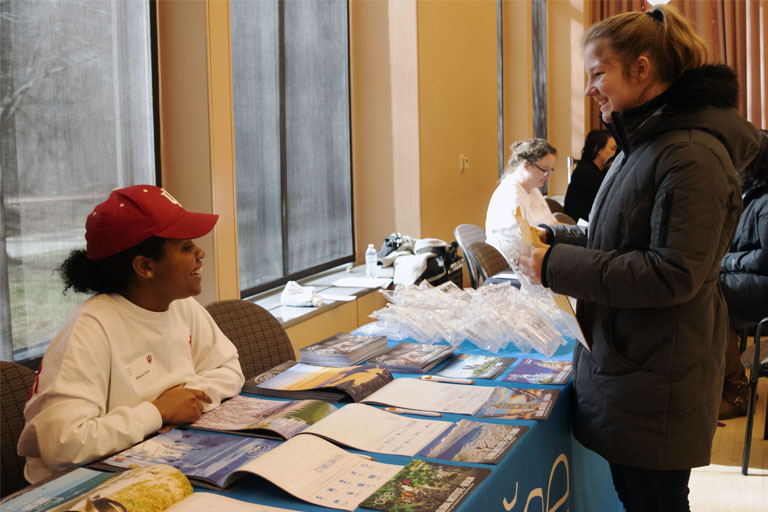 The 2016 Overseas Study Passport Caravan changed all that. In a partnership between Indiana University and the Council on International Education and Exchange (CIEE), the Office of the Vice President for Diversity for Equity and Multicultural Affairs (OVPDEMA) Overseas Studies & Scholarship Program connected nearly 300 IU Bloomington students with free passports. As one of the 300 students chosen, Claymiller received a free passport that helped make exploring study abroad options possible. In addition, the event also connected her to the resources that allowed her to study abroad twice--once on an OVPDEMA program in the Dominican Republic, and once in Australia--without incurring debt.

“This event is where my love for travel began, and where my journey studying abroad began, as well,” Claymiller said. 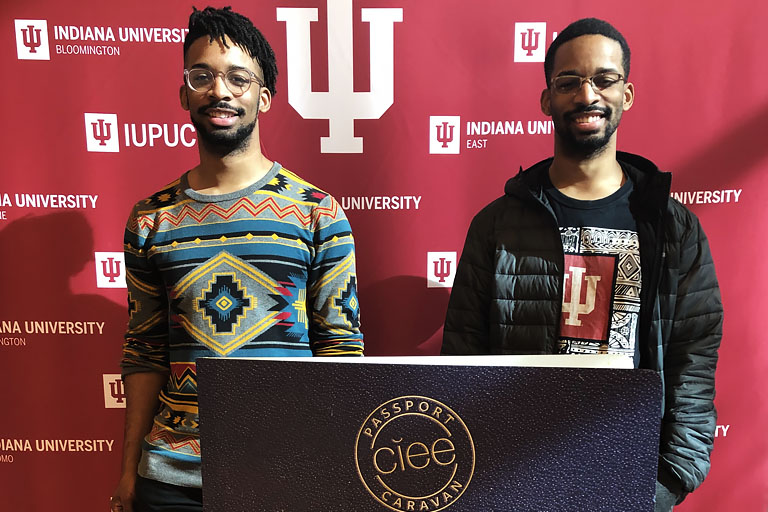 On Feb. 8, 2019, the Overseas Study Passport Caravan returned once again, as 200 OVPDEMA students met with IU’s passport agents in the Neal-Marshall Black Culture Center’s Grand Hall. Chosen by heads of various OVPDEMA scholarships and programs, the students were selected to receive a free passport. Over the course of several weeks, students worked with the IU Office of International Services’ own passport facility to collect documents and navigate the application process. On the day of the Passport Caravan, the students brought their documents to the Grand Hall, worked with IU’s passport agents to finish their applications, and learned more about the study abroad programs offered through IU and CIEE.

With 100 passports being provided by CIEE and another 100 being matched by the office of Vice Provost for Diversity and Inclusion John Nieto-Philips, the Passport Caravan represented a successful partnership between IU and CIEE that has made study abroad an attainable dream for hundreds of IU students.

“A passport is the first barrier that might prevent someone from going abroad, because you have to come up with $145 for the passport costs,” said Ochmaa Escue, director of the Overseas Studies & Scholarship Program. Once you have that taken care of, then students can start looking for opportunities that will take them abroad.”

The Passport Caravan also doubled as a celebration of the progress IU has made in ensuring that all students interested in studying abroad are able to do so. Historically, students from underserved communities have faced barriers that have made studying abroad difficult. However, according to Kathleen Sideli, associate vice president of IU’s Office of Overseas Study, the university has rigorously implemented measures to increase the number of minority students studying abroad. 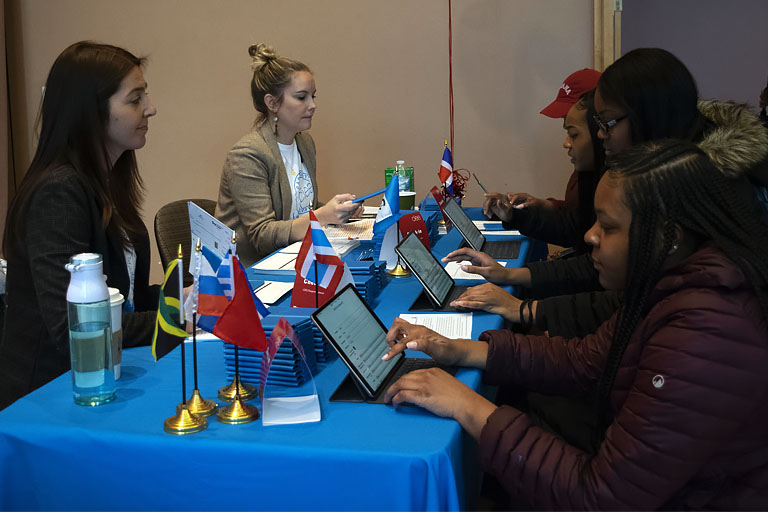 The efforts IU has made to increase minority student enrollment in study abroad complement a core part of CIEE’s work. According to Tyler D’Andrea, CIEE’s associate director of institutional relations, 60 percent of students who have received free passports through CIEE nationwide are students of color, 50 percent are eligible for Pell grants designated for students with financial need, and 40 percent are first-generation college students. In serving these communities, CIEE has worked with universities across the country to provide over 9,000 free passports to students--an effort in which IU has been a key partner.

The fruitful partnership IU and CIEE have built will only continue into the future. At the 2019 Passport Caravan, D’Andrea announced that CIEE would be returning in the 2019-2020 academic year to provide hundreds more students with passports. Such efforts will continue to bolster the work that individuals across IU are doing to make study abroad a truly accessible experience for all. 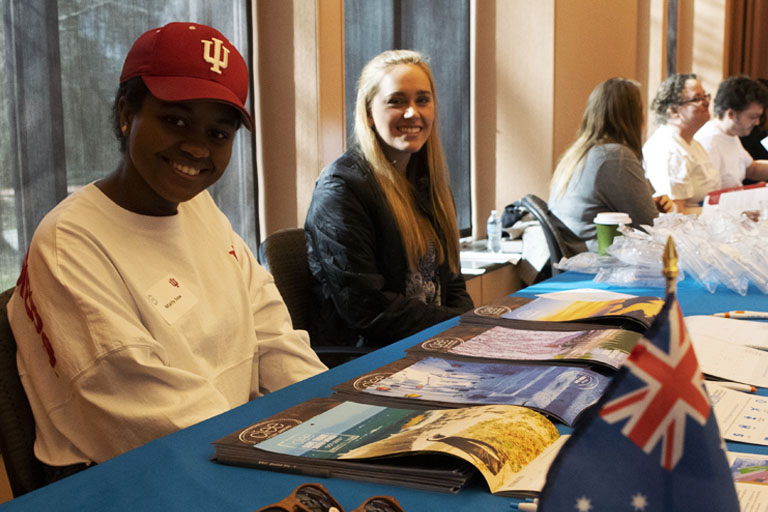 “It’s because of the work of Kathleen as well as Ochmaa that we are able to make available to all of our students, including our underserved students, these opportunities for global experiences,” said James C. Wimbush, vice president of Diversity, Equity, and Multicultural Affairs, Dean of The University Graduate School, and Johnson Chair for Diversity and Leadership.

Another student who has benefitted from this work was Victoria Jones, a senior double-majoring in Sociology and African American and African Diaspora Studies from Noblesville, Ind. In addition to studying abroad on several different programs at IU, Jones also presented on her study abroad experiences at CIEE’s 2018 conference in Barcelona, Spain. A recipient of a passport through the 2016 Passport Caravan, Jones encouraged those receiving their passports at this year’s event to use the opportunity to its fullest.

“You and your passport have an opportunity to leave home, meet extraordinary people from different walks of life, and discover a world that not everyone gets to see,” Jones said.